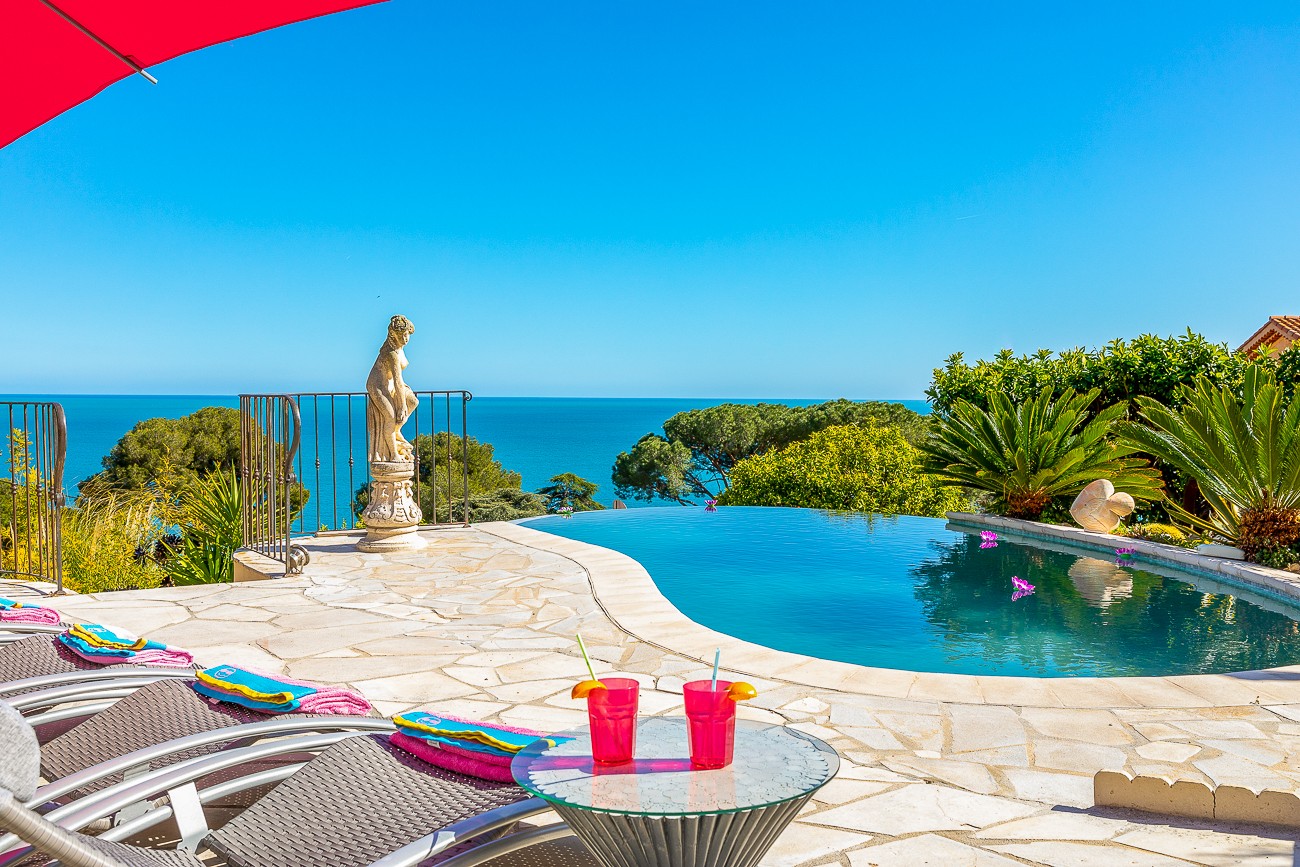 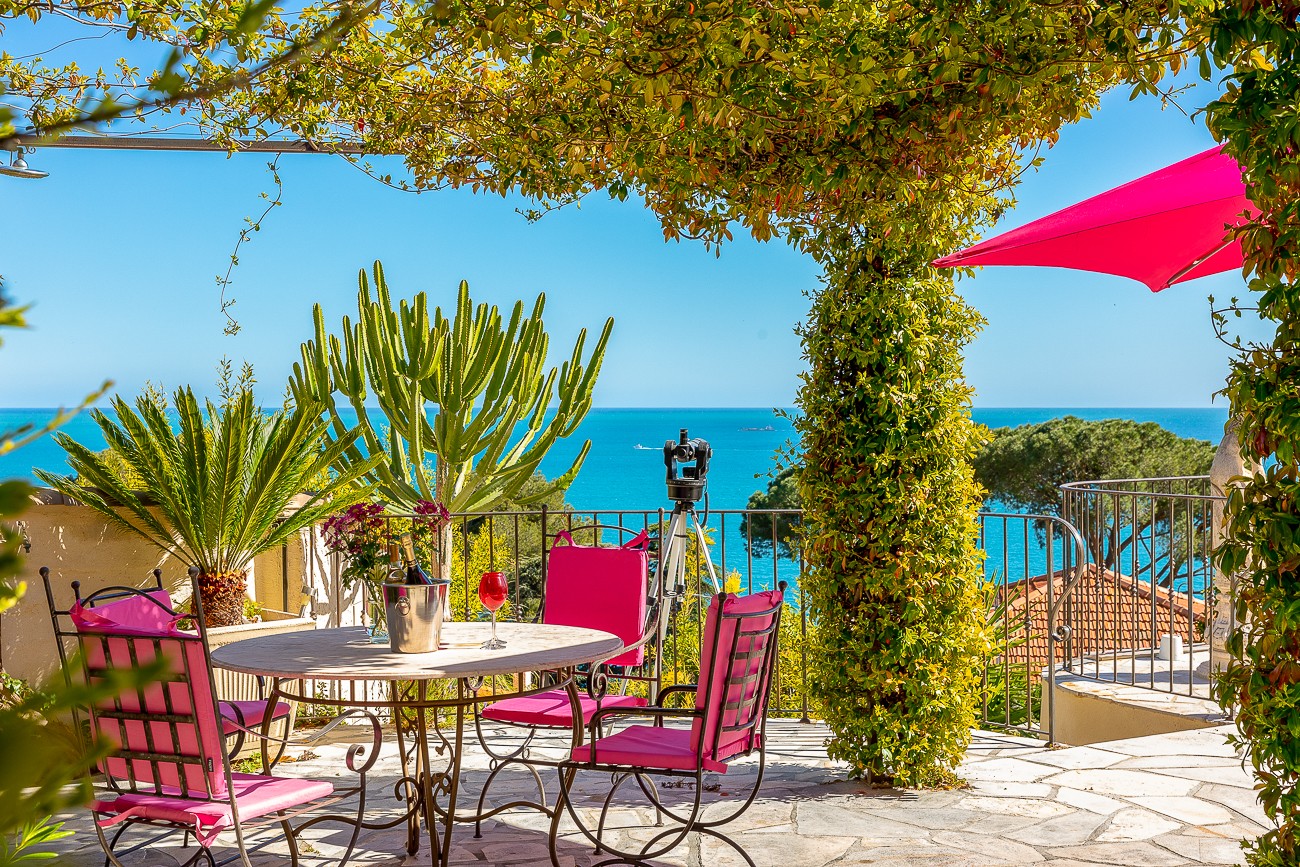 This very private magnificent single-story Mediterranean villa Carlo, was completely renovated in 2013. The furnished south-facing terraces overlook the Mediterranean garden with a panoramic view of the sea and the mountains. This beautifully furnished villa takes full advantage of its Provençal roots with tile floors throughout, exposed wood beam ceilings, and a large, open, warm and rustic living room.

This very private magnificent single-story Mediterranean villa Carlo, was completely renovated in 2013. The furnished south-facing terraces overlook the Mediterranean garden with a panoramic view of the sea and the mountains. This beautifully furnished villa takes full advantage of its Provençal roots with tile floors throughout, exposed wood beam ceilings, and a large, open, warm and rustic living room. 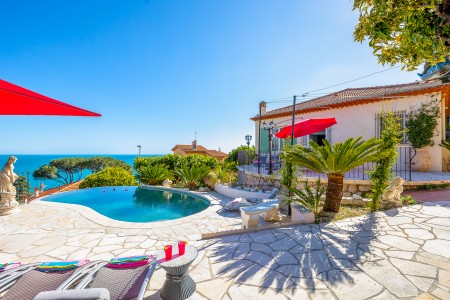 There is more to see and do than you will have time: Visit Monaco, the world's oldest ruling monarchy (10 min), Cannes (40 min), St Tropez (1.5 hrs), St Paul de Vence (30 minutes) and many more beautiful villages to visit. The coastline passes through many beautiful towns and villages, as it winds around stunning cliffs and sweeping beaches. Lush vegetation spills down the hillside, with olive trees, Mediterranean pines, citrus trees and bougainvillea.

You also can travel by boat, bus or by train; regional trains connect the towns of the Côte d'Azur, from Cannes to Ventimiglia in Italy and of course Eze- Mer every 20 minutes (Don't miss the Friday market, just over the border in Italy, where the French go to buy Italian goods at excellent prices.) The French Riviera and Eze particularly, enjoy a Mediterranean-type climate, with exceptional sunshine more than 300 days a year and mild temperatures for most of the year. The weather is quite pleasant even into winter, when the tourists are gone.

Nestled in craggy cliffs 427 meters (1,401 feet) above the Mediterranean Sea, the medieval village of Èze is known for its well-preserved stone buildings, winding alleyways, and dramatic views of the Mediterranean. Èze, renowned tourist site on the French Riviera, is famous worldwide for the view of the sea from its hill top. Its Jardin botanique d'Èze is known for its collection of cacti and succulents, as well as its panoramic views. Walt Disney spent a significant amount of time in Èze.

The oldest building in the village is the Chapelle de la Sainte Croix and dates back to 1306. Members of the lay order of the White Penitents of Èze, in charge of giving assistance to plague victims, would hold their meetings there. The shape of the bell-turret is an indication that the village once belonged to the Republic of Genoa. The small medieval village is famous for its beauty and... Read more charm. Its many shops, art galleries, hotels and restaurants attract a large number of tourists and honeymooners. As a result Èze has become dubbed by some a village-musée, a "museum village", as few residents of local origin live here.

The motto of the village is the phrase Isis Moriendo Renascor (meaning "In death I am Reborn") and its emblem is a phoenix perched on a bone. The local dialect (nearly extinct) is similar to the Monégasque language of the nearby Principality of Monaco, and is related to Ligurian but with some influences from the Occitan language.

Haven't quite found what you're looking for? 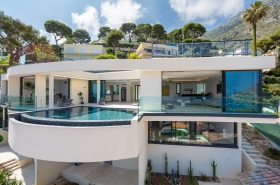 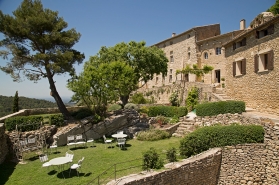