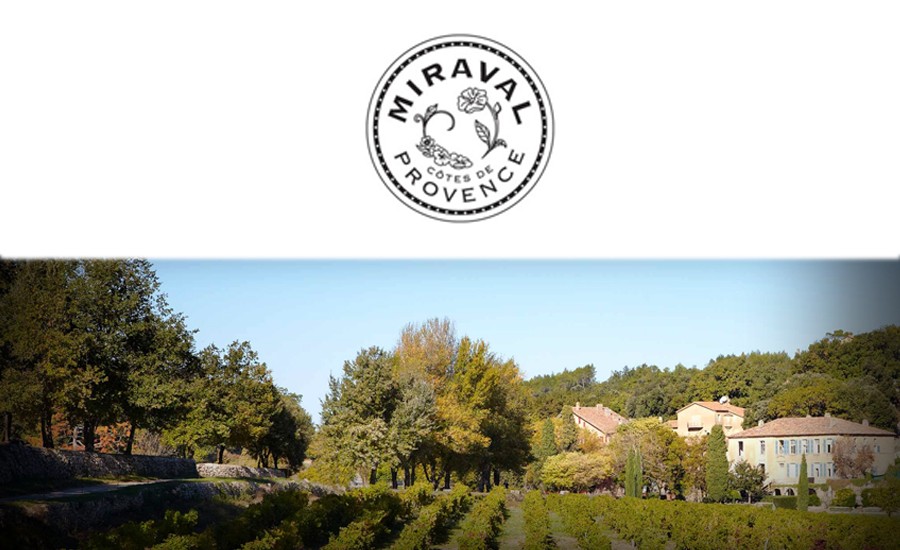 It seems that Brad Pitt and Angelina Jolie just moved into their 500 hectare (1,200 acres) estate, Château Miraval, in the tiny medieval village of Correns, in the Var region of eastern France, not far from the Mediterranean.

Now comes word of a break-up! Wine lovers all over are apprehensive about the fate of the well-received wines from the estate, especially Château Miraval rosé.   (They also produce smaller amounts of white and red wines.)

Brad and Angelina’s interest in the south of France didn’t begin in Correns. Many years previously they dreamt of buying an estate in the exquisite, small village of Eygalières in Provence, very close to St-Rémy-de-Provence.  Unfortunately, the mairie (city hall) didn’t approve their plans to develop some roads on the estate, so their bid was nixed.   Neighbors did not take kindly to the thought of paparazzi and helicopters hovering permanently in the area. Though Eygalières does have many French tv and movie personalities (and now Hugh Grant) with second homes in the town, no one is of the stature of Brangelina. French celebrities participate in the life of the local village, and they are not mobbed by locals and tourists, who are used to seeing them in cafés, restaurants and the popular Friday market.

The couple leased the 35 room estate at Château Miraval as of 2008, and then purchased it in 2012 for about €35M, putting an additional €15M in improvements.  They married there in 2014. They began producing wine from the 90 acre organic vineyards with the 2012 vintage. Naysayers clearly doubted that this celebrity wine would be worth their attention but a partnership with the super star Perrin Family, who makes one of the world’s greatest wines, Château de Beaucastel, in the southern Rhône Valley, quickly proved the doubters wrong. The Côtes de Provence Rosé Miraval was listed at #84 on the Wine Spectator’s Best 100 Wines in the world in 2013, and since it was the only rosé listed that year, it was essentially the best rosé in the world, which could help justify the €16-18 price in France. The 2015 Miraval Rosé was rated 90 points by the Wine Spectator; Decanter has also praised the wine and rated the 2013 vintage 91 points.

Rumors are swirling about a sale of the estate but cannot be confirmed.  Miraval itself was purchased in the names of the 6 children, and according to partner Marc Perrin the estate is not for sale. We know that Brad Pitt is deeply interested in grape growing and winemaking, and takes part in planting and blending decisions so there is a likelihood that he may want to continue his winemaking venture.  The bottle for the 2016 vintage carries the names of Jolie-Pitt & Perrin, seemingly dispelling rumors of a sale, though labels can be redone.

Miraval was originally the home of jazz pianist and composer Jacques Loussier. Other famous artists, including Pink Floyd, Sting, and Sade have recorded there.